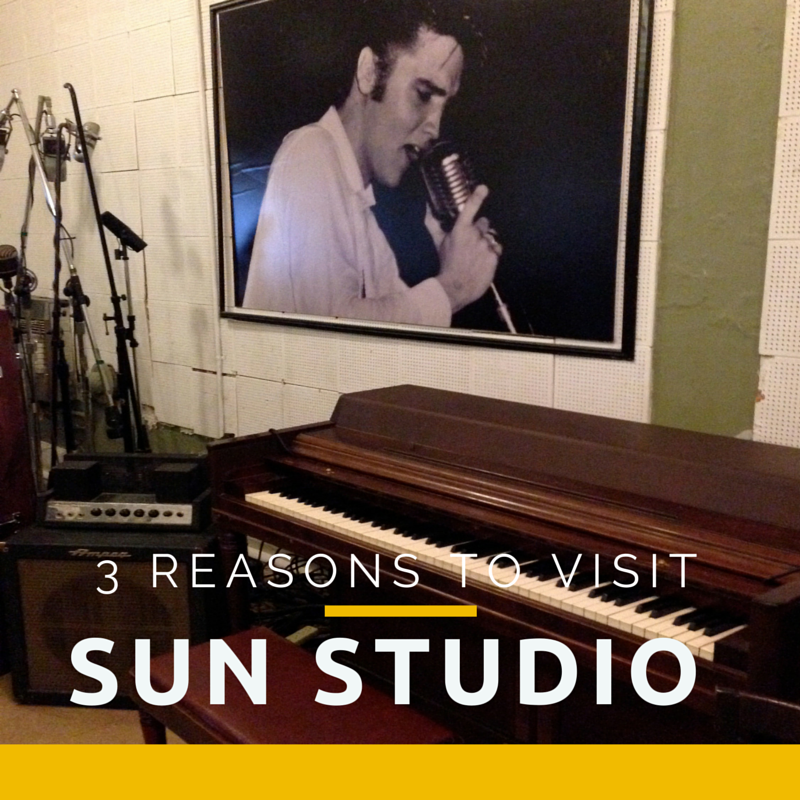 Sun Studio in Memphis, Tenn., is the undisputed birthplace of rock ‘n’ roll. The Sun Records label, which launched the careers of Elvis Presley, Johnny Cash, Jerry Lee Lewis, and more, began as Memphis Recording Service in 1950. Owner Sam Phillips started by recording local blues artists, including B.B. King and Howlin’ Wolf, but two yeas later launched his the record label that would change the face of music forever. Here are three good reasons why a tour of Sun Studio should earn a spot on your travel bucket list:

Sun Records opened in 1952 and closed in 1969. Nearly two decades later, Sun Studio reopened in the original location, 706 Union Avenue, to offer tours of the original space and to continue the legacy by offering a working recording studio (U2 recorded three songs on “Rattle and Hum” here in 1988, and more recently Grace Potter has hit the studio). The building isn’t much to look at and it isn’t in the nicest part of town, but the National Historic Landmark does have some interesting features worth checking out. The original Sun sign hangs along the street side of the brick building, while the wall on the alley side has a large painted version of the iconic logo. An oversize guitar greets guests above the wood-and-glass entryway, which is at the narrow edge of the corner building. Look up to see the original stained-glass address marker. Step inside to get a drink or snack at the old-school soda shop, buy a t-shirt or other memorabilia, and browse through the small but amazing collection of Sun vinyl records in the back. For the rest of the tour, you’ll need a ticket.

The Sun Studio tour is simple with just two stops. First, your group of up to about 30 people will file up a very small staircase to a long, dark room filled with memorabilia. This area is a wealth of cool stuff music nuts will find fascinating and that will really educate those who don’t know much about the history of rock ‘n’ roll. Here you’ll see vintage recording equipment that sheds a light on just how bare-bones Phillips’ operation was at its infancy, and original pressings of his earliest recordings, including some giant hits. The tour guides are funny and energetic, which is important because this space isn’t very interactive and, without their thoughtful input, might just seem like a room of junk. The best part of this stop is listening to a snippet of “My Happiness,” the first song Elvis ever recorded, which he did as a birthday gift for his mom when he was just 18.

The best part of this short tour is the second (and last) stop–back downstairs at the original recording studio. This is hallowed ground for music nerds. This space saw the greats of the early days of rock, and the tour guides help you understand the importance of what happened in this room 60+ years ago. Where else can you hear a recording of artists of the caliber of The Million Dollar Quartet (an impromptu jam session of Elvis, Cash, Lewis, and Carl Perkins) while standing in the very same spot it was recorded? If you’re like me, the experience will give you chills. Finish the short, amazing tour by posing with an actual microphone Elvis used (and unlike hands-off Graceland, you get to touch this piece of history). 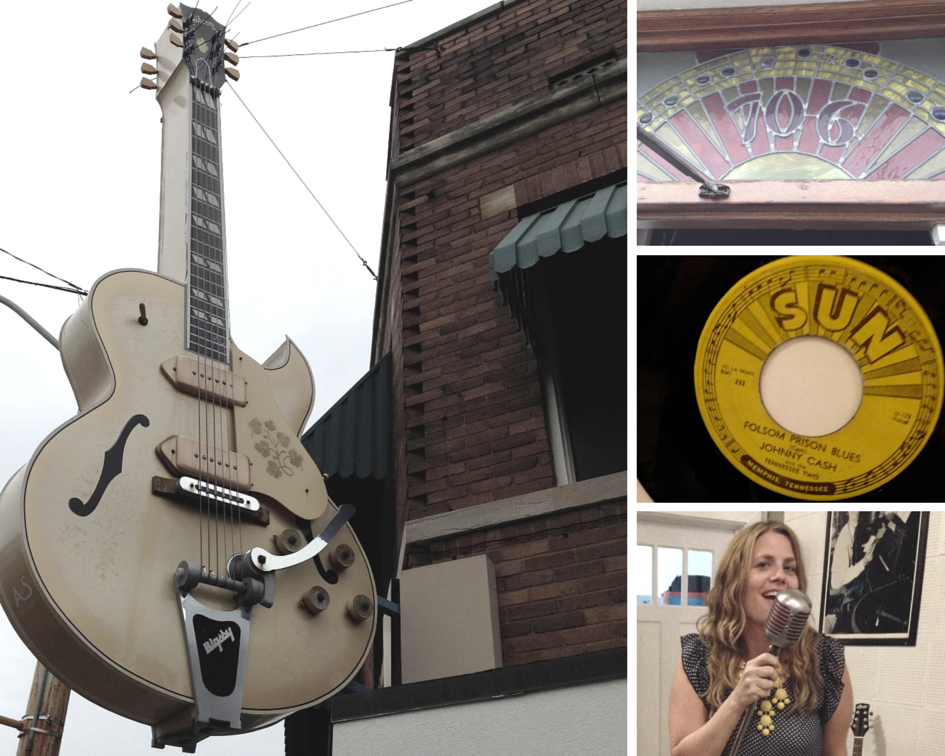 Sun Studio is open daily and tours are given every half hour between 10:30 am and 5:30 pm. There is limited free parking behind the building and on the street (but be careful; this isn’t the greatest area of town), or you can take the free shuttle that runs between here, Graceland, and The Rock ‘N’ Soul Museum (all are worthy stops). For more information, visit the Sun Studio website.