Duet: Fried Chicken and Waffles with Sriracha Syrup / Bronze Radio Return “Up, On & Over” 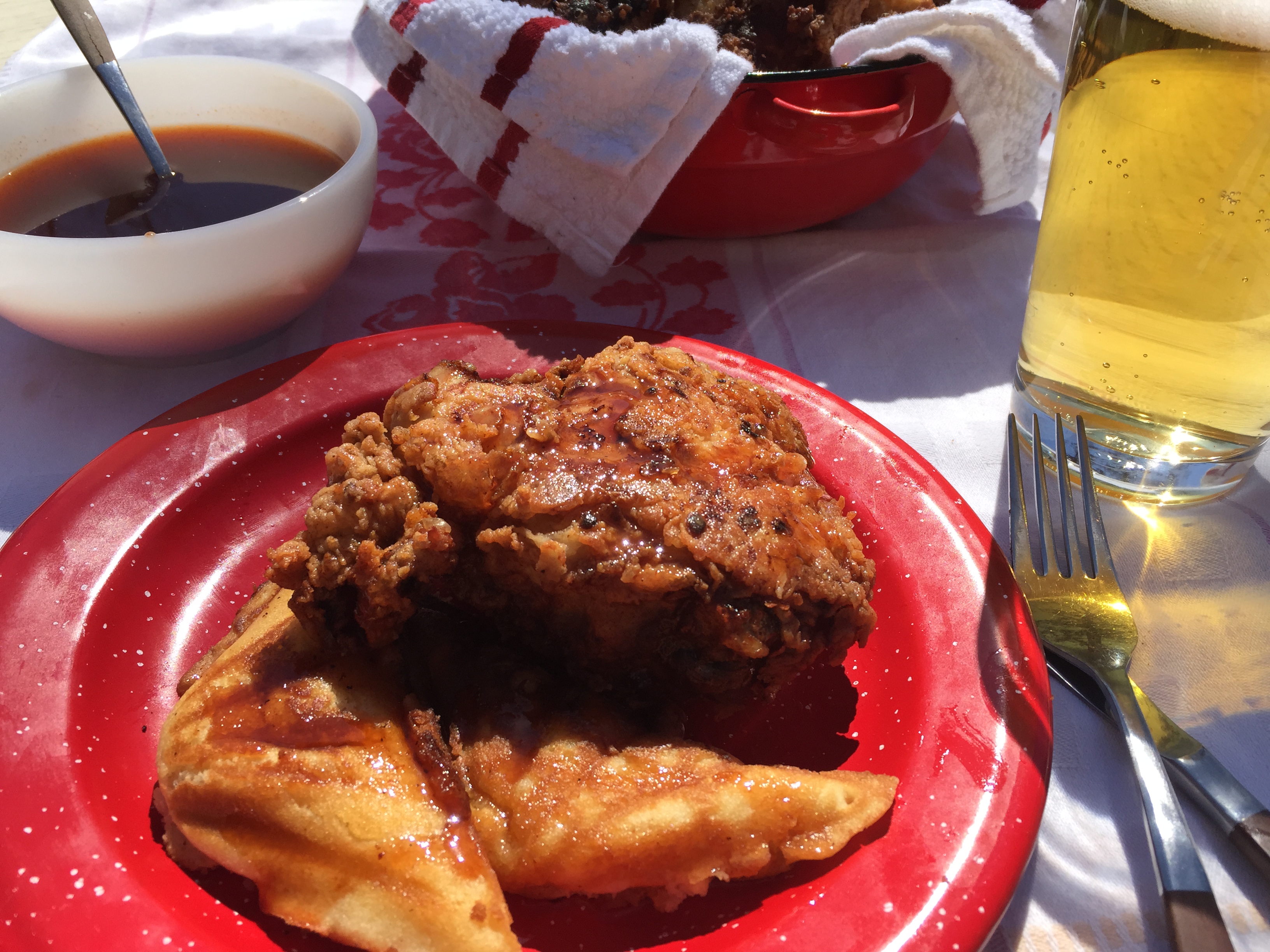 This post may contain affiliate links, which means we may receive a commission if you purchase through our link. Clicking these links won’t cost you any extra money and they help keep this site up and running!

The food: This recipe was a request…by the band I’m featuring. Say what?! Yep, I got to meet the band in question after a show (more on that in a minute), and I asked them what they would eat while listening to their album. How better to decide a perfect pairing? Their request was this (oddly specific) meal and a beer. I obliged…and the result was the perfect lunch on a sunny summer day. 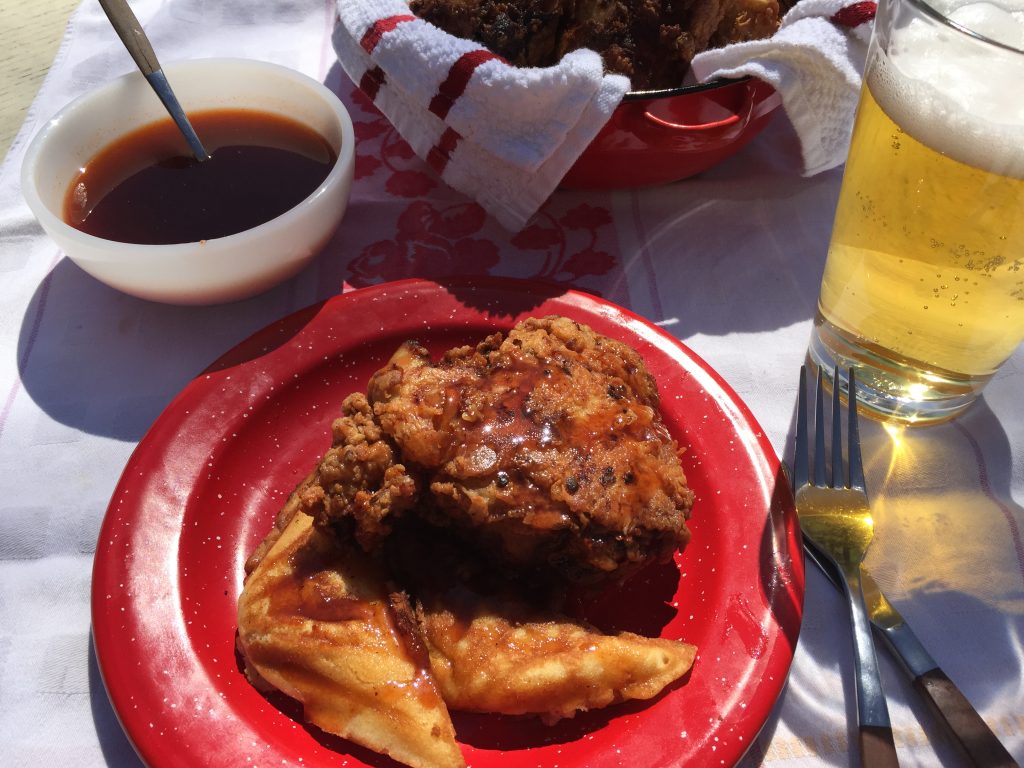 The music: I fell in love with Bronze Radio Return in 2011 when they released their second album, “Shake! Shake! Shake!” (I then discovered their first album, “Old Time Speaker,” which is also great). They are, as a musician friend says, a “stomp clap” band. It’s hard not to smile while listening to their music, which is friendly folk that’s mostly upbeat. Don’t think you know Bronze Radio Return? I guarantee you’ve heard their music, which has been featured in commercials for Nissan, the PGA, and more, and on American Idol. Their 2013 release, “Up, On & Over” includes “Further On,” which had heavy play in the movie St. Vincent. Despite these successes, they don’t have a giant following yet. That’s too bad, but it means that I got to see them in a tiny venue in St. Louis and meet them afterwards. They were incredibly kind guys, and I hope they like the spicy comfort food I created to go with their similar-feeling album. 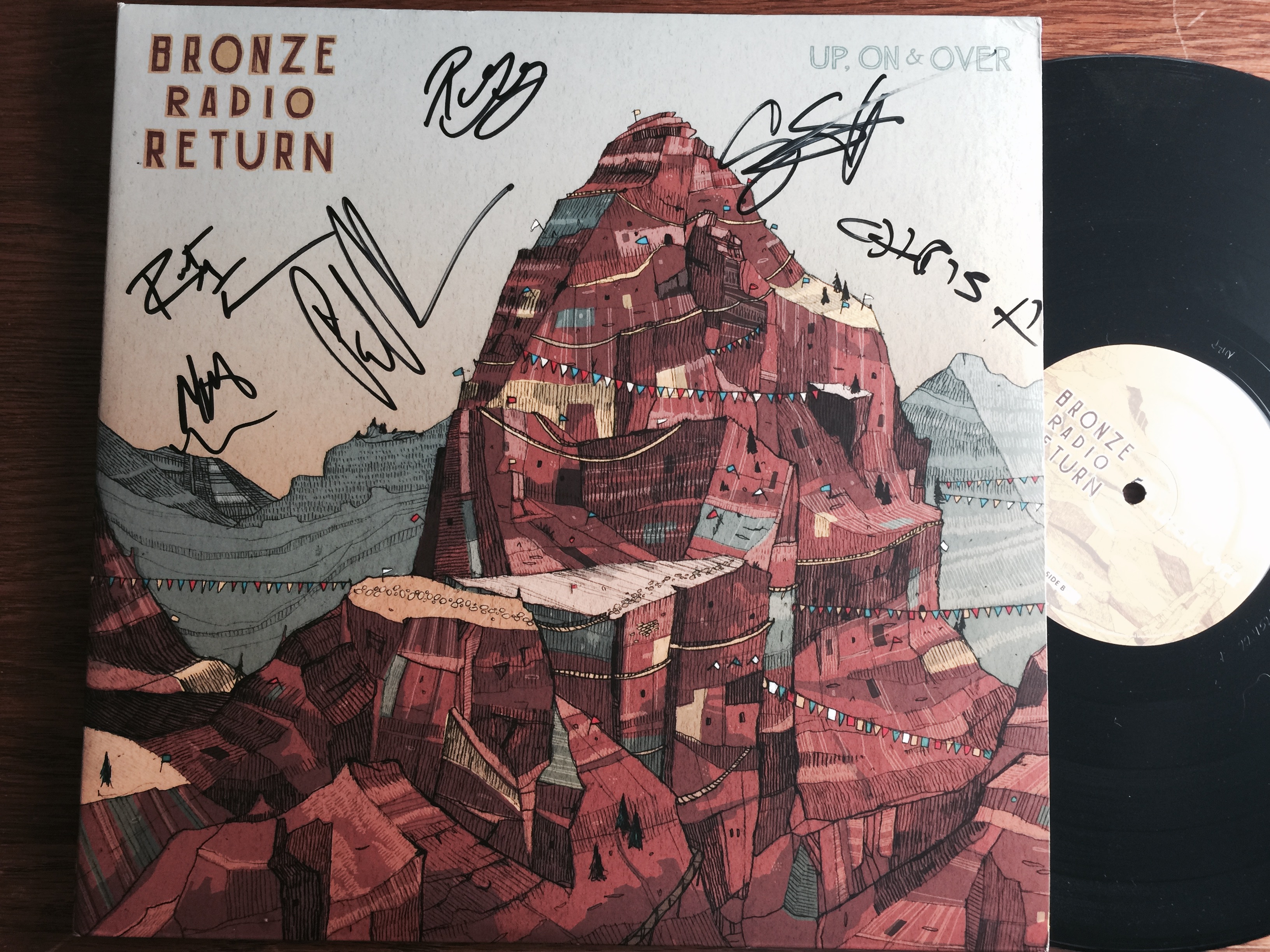 Fried chicken isn’t all that difficult to make. The most important element is making sure you get it thoroughly cooked (salmonella isn’t a good side dish). Everyone should own a meat thermometer and use it, but if you don’t, you may want to cook the chicken longer than you think is necessary. 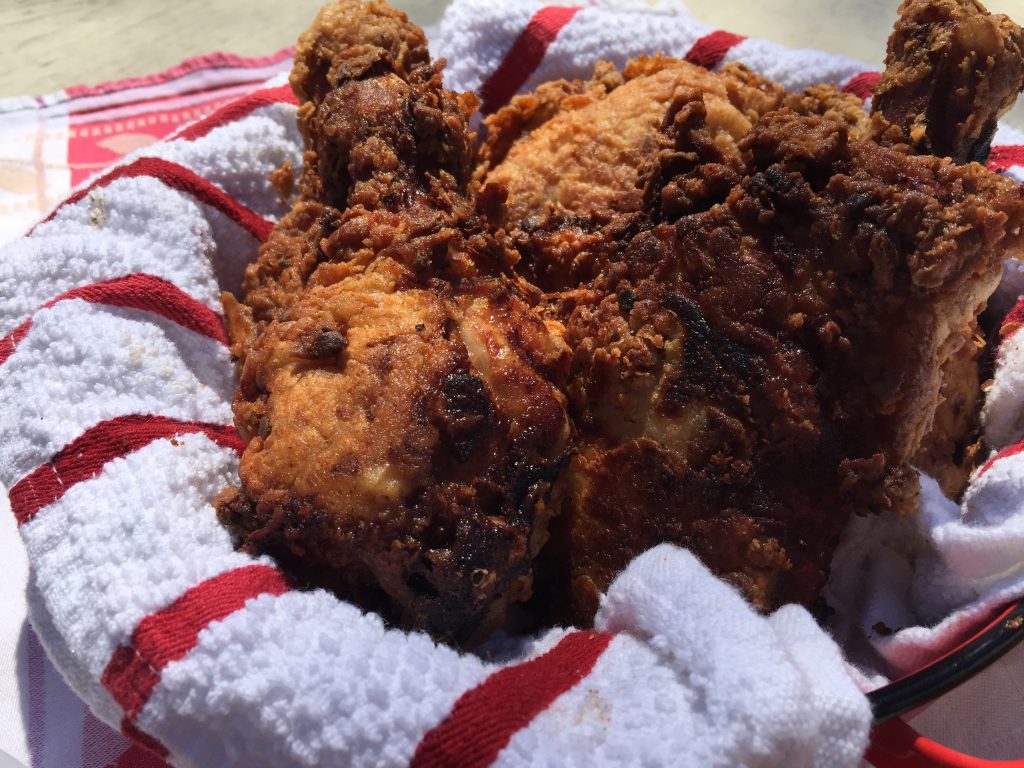 I loved that the Bronze Radio Return guys asked for Sriracha syrup. It adds such a great kick to this dish. The moist and crispy chicken gets a bit of flavor from the seasonings on the skin, but it (and the sweet, dense waffles) benefit from the heat of a spicy sauce. Plus, it’s stupid easy to make. 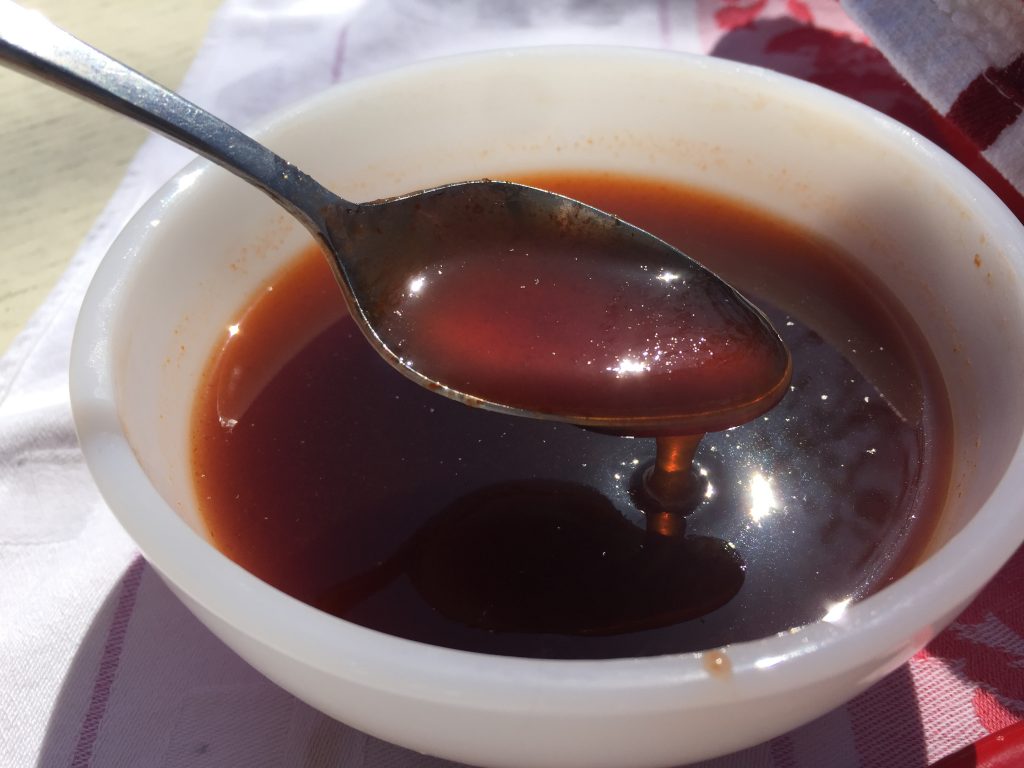 PS: If you’re wondering why my waffles look funny, it’s because I made them in a panini maker. We didn’t have a waffle maker while on vacation (where I made this dish), so we made due with what we had. I wouldn’t recommend this trick–it made a heck of a mess–but it certainly didn’t negatively affect the taste.