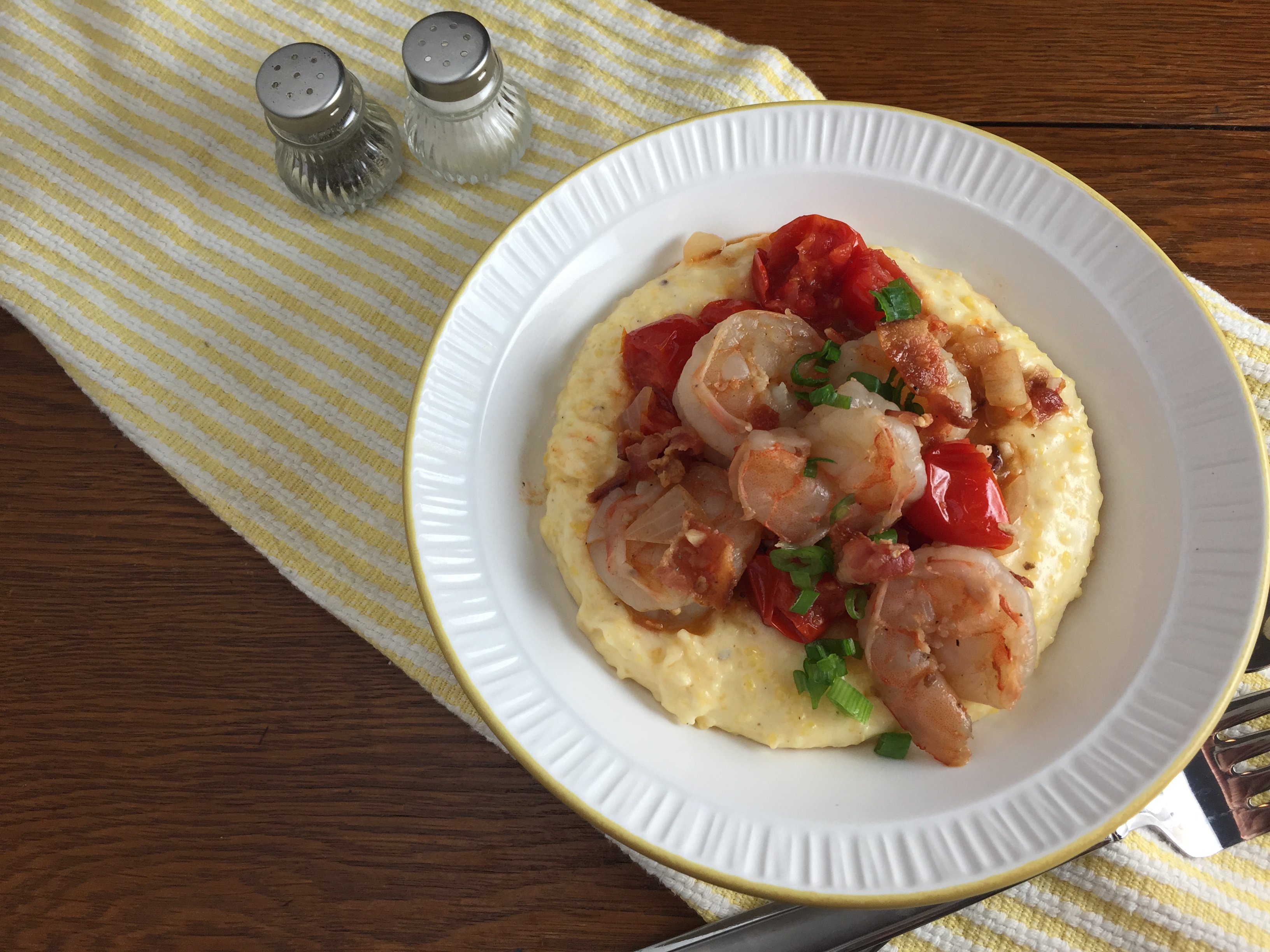 The food: I am new to seafood. After being a strict vegetarian for most of my life, I returned to my carnivorous roots about 5 years ago. While I took to beef and chicken quickly, seafood remained on my no-way-José list. I was certain seafood was gross, an opinion based entirely on the fish sticks I ate as a child (there are no oceans near St. Louis!). After some prodding from my boyfriend, however, I started sampling various under-water proteins…and fell in love with quite a few. One of my favorites is shrimp, especially when it sits atop cheesy grits. It’s the best of both worlds—the gluttonous starches of my Midwestern upbringing and the light, healthy seafood my adult self is growing to love. 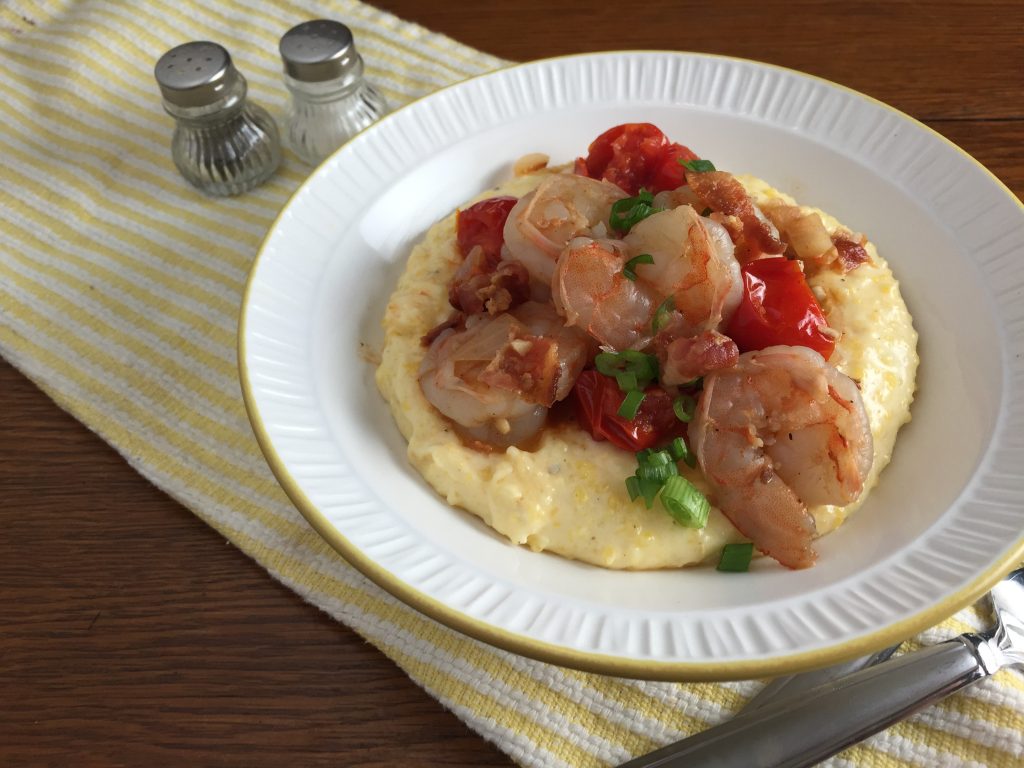 The music: It’s funny, isn’t it, that as grown ups we often come to appreciate things we resisted in our younger years? When I was a kid, I’d argue that whatever band I was currently obsessing over was as good as anything my mom’s generation enjoyed. Like most people, I eventually came to my senses. For example, I finally realized the awesomeness of Fleetwood Mac (for that, I can probably thank Bill Clinton’s use of “Don’t Stop” in his 1992 campaign). Now I count “Rumours” as my favorite (non-Beatles) album. Released in 1977, this LP typically ranks high on best album lists, amazing considering this near-perfect record was recorded at the height of the band’s interpersonal problems. Even the uninitiated will know some or most of the songs on this one, which include “Don’t Stop,” “Go Your Own Way,” and “Gold Dust Woman.” And even the most reserved will likely find themselves dancing and singing as they listen and cook.

Don’t own “Rumours”? Listen on my “Shrimp and Grits” playlist on Spotify. 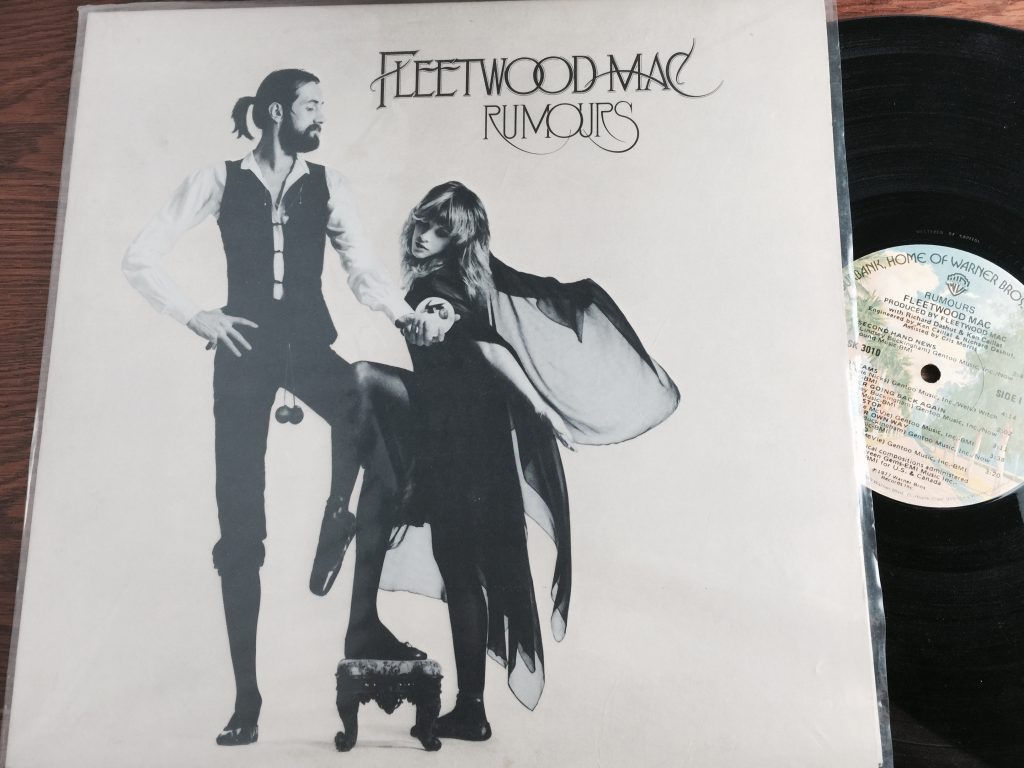 This easy dish comes together in about half an hour. The grits take a while to cook (but it’s worth it because they are so much better than the gummy, flavorless instant kind), and you need to keep an eye on them so they don’t burn or stick to the pot. The shrimp topping comes together quickly, and adds most of the flavor to the dish. Bacon, garlic, Sriracha, lemon, onion, and tomatoes punch up the shrimp, and the cheesy grits are a hearty, comforting base.

Love Southern food? Try my recipe for Sweet Cornbread in a Skillet, too.